VESLit Circle, an extension of the language lab, started out 4 years back with the intention of enhancing literary creativity and to foster a love for language. Under the guidance of their staff incharges, the newly constituted council of 2018-19, with a lot of enthusiasm and energy, marched on with these agendas in mind.The even semester kicked off with, The Annual Literature Fest of VESIT, The VESLit Week which marks a full week of online and offline events that range from story writing to skits to microfiction.

Day 1 of VESLit Week (8th October 2018) had the Elocution, which had the highest number of participants for an individual stage event. Around 40 students had registered, out of which only 16 were selected for the finals. The finalists were given topics beforehand and were given 3 minutes to speak.

The winners of this event were :

9th October saw the Expose and the Short Film Competition, both in association with UBI, take place in the auditorium. Expose required the participants to present certain scams given to them, along with details, causes and ways in which they could be prevented. The best presentations came from:

The themes for Short Film were “Swatchh Bharat Abhiyaan” and “Corruption”. The 8 participating teams came up with innovative ideas with the best of the lot being –

Day 3, brought along with it much enthusiasm, as it was time for “Game Of Shows”, an event specially curated for TV show watchers! It consisted of 3 rounds in total.

The “Best Bingers” were:

The PlayOffs, which is a prime event since it first appeared in the Week 3 years ago, has been attracting the best of the crowds to watch the best of the actors and writers put together a one-act play live on stage! The time limit was 18 minutes, and the theme was “Writings On The Wall” for this year.

The last day of the Week had the headliner event, which was the Debate. This competition had 5 elimination rounds in which almost 50 people took part from all years. In the end, only 1 team from FE, SE, TE, BE and MCA each was chosen to battle it out in front of a panel of judges from TOI on the 13th! The best teams were: 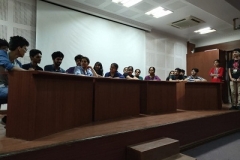 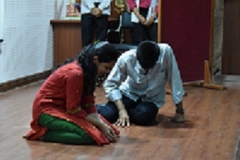 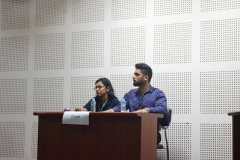 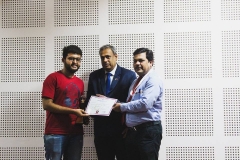 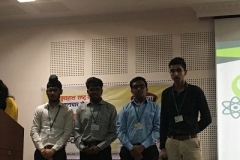 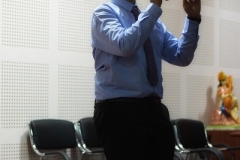