Great opportunities to help others seldom come, but small ones surround us every day

SoRT VESIT in collaboration with VES Trust organized a donation drive to contribute to all those who are stranded and affected by the floods in Kolhapur and Sangli districts of western Maharashtra. It was a two-day drive with the primary objective of extending support to lakhs of people in the midst of a tremendous halt for weeks.

Students, teachers and parents donated food grains like dal, rice and wheat along with other edibles like packed biscuits. The drive was initiated immediately and the food grains collected were stored in the college. VES Trust office coordinated with the Office of District Collector to transport the grains for further process.

The total donations collected at the end of the drive were 201 kg of rice,100 kg of wheat and 58 kg of dal besides multiple boxes of biscuits which were contributed voluntarily by the students and faculty members. Everyone came together during the need of the hour as a community and the drive concluded on an extremely positive note. 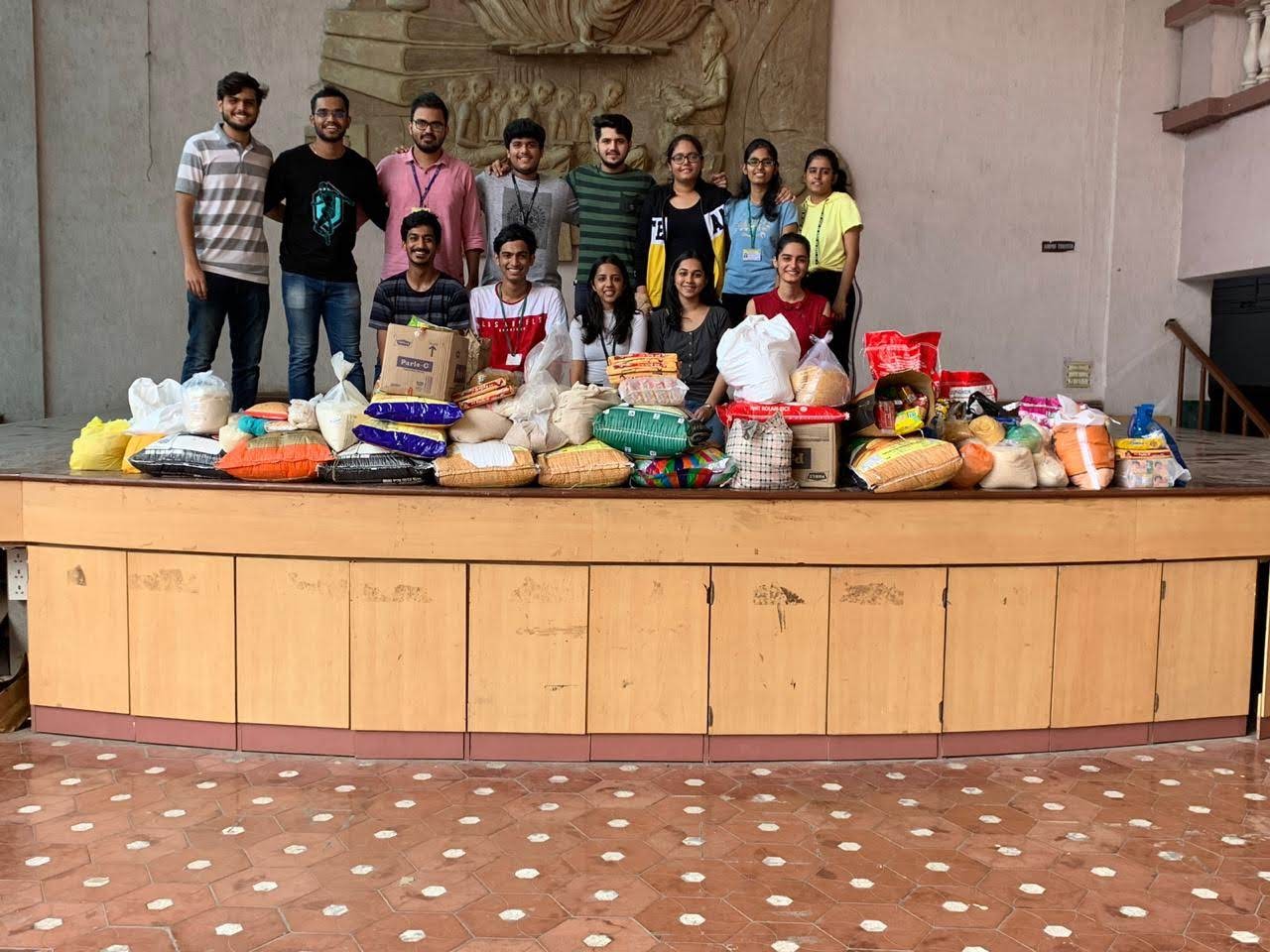 People are in danger back in wonderful state.
One of the biggest disaster till date.
We all got together to help them quickly
They are not strangers now, they are part of our family.
We look at horizon hoping things will be better
Until then we'll be working Towards the better, Together

SoRT VESIT in collaboration with VF foundation, Wadala, contributed to the movement 'Rise for Kerala, Stand for Kerala.’ It was a three day donation drive to lend a helping hand ,to thousands of people who lost their beautiful paradise in a blink of an eye.

Basic necessities like food, clothes and medicines were donated in enormous quantities. Some individuals also contributed money, SoRT used it for buying more medicines, since we were told that it was the most sought-after donation. A whooping 101 students donated goods, several staff members donated items as well.

The goods were organized according to their food, clothing or medical category. The donations were then sent to Kerala through VF foundation. The drive was completed successfully with great enthusiasm and overwhelming participation and support from the students as well as the college staff